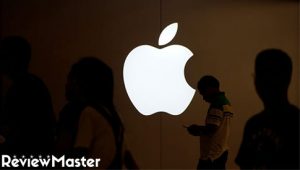 Apple usually announces a new Phone in September. The company has announced an event for September 15 with a tagline called “Time Files”. Some reports show that the iPhone 12 series has been delayed. We might be seeing the new Apple Watch 6.

Greg Joswiak, Apple’s SVP of Marketing announced the event yesterday. He tweet “See you in 7 days”.

Apple is rumored to have a lineup planned for this fall. Four new iPhones, the Apple Watch 6, a new iPad Air, a smaller HomePod included. According to some reports, we could see a pair of Apple over-ear headphones. You will get to see the new Apple Watch before other products. As the event is called “Time Files”.

The Apple Watch 6 is rumored to have a faster processor, support for blood oxygen monitoring, and improving sleep tracking. Apple may announce a cheaper model for the series 3 Apple Watch.

vivo Ranked among Top 5 Global Smartphone Brands in 2020, according to IDC