The Most Secure Phone Samsung Has Ever Made

Samsung has announced its Galaxy A smartphone.

The Most Secure Phone Samsung Has Ever Made 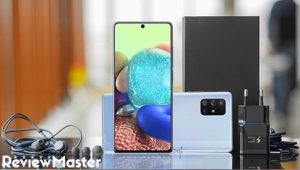 Samsung has announced its Galaxy A smartphone. It comes with a quantum RNG chipset for improved security. Quantum RNG helps users safely use services by generating unpredictable and patter less pure random numbers.

The smartphone has a 6.7 inch super AMOLED display with FHD+ (1080p) resolution. It has a punch hole for the front camera. The bezels are a thing on all sides including the dreaded chin.

Powered by an Exynos 980 5G chipset topped with 8GB of RAM and 128GB of onboard storage.

Quantum RNG chip has a CMOS image sensor to detect photons to generate random numbers for encrypted keys. It protects users when they first log into their carrier account. The network undergoes Quantum-based OTP authentication.

The smartphone is equipped to function as a secure bank for storing personal documents.

“When a user of Galaxy A Quantum sets biometric authentication with ‘SKT 5GX Quantum’ in the SK Pay app, you can see the message ‘SK Pay is protected with SKT 5GX Quantum’ at the top of the smartphone screen when using the app.”

The software front is handled by One UI 2 flavored Android 10.

On the front, it supports a 32 MP wide imaging sensor for selfies. 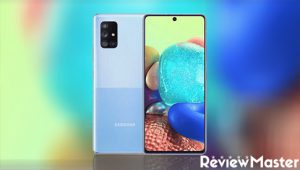 Pakistan’s IT Exports Increase by a Massive 24%

Fahad & Hania Join vivo as the Brand Ambassadors for V19